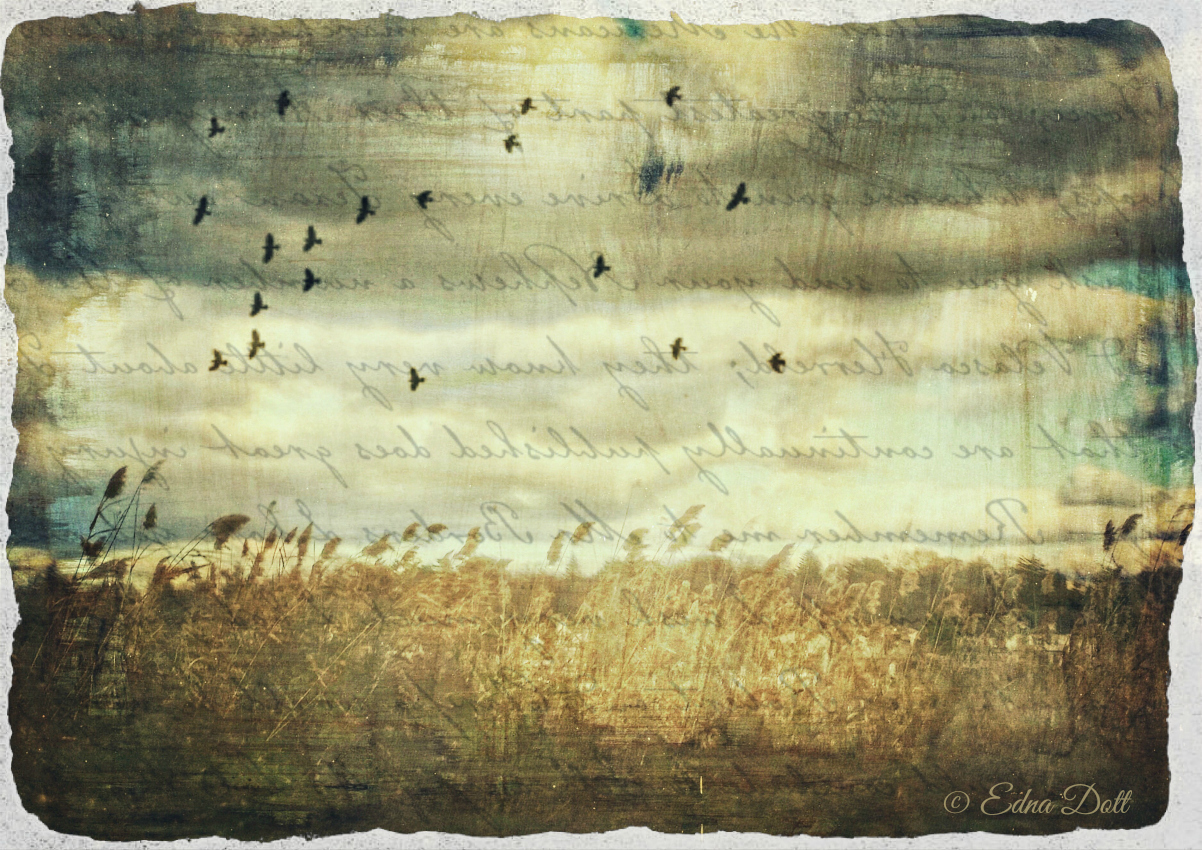 The Short Story Series were originally published on Through Frog Eyes as a collaborative effort between a guest photographer and my writing. I am relaunching the stories individually for all those who are new to the website and Marie Balustrade´s writing. The ED Series features guest photographer Edna Dott from the USA. Click HERE for the full set.

Marianne looked out to the sea before her, stretching out a feeble, wrinkled hand that trembled with every movement as the other one held firmly onto the edge of The Boat.  She wasn’t sure what it was she was trying to catch, but the thought of holding on to a few sun rays in the palm of her hand for just another day seemed worth the effort. At 85, she had nothing more to wish for, and the doctor had confirmed two hours ago that there would not be too many days left to catch the sun, or be kissed by the rain, and made love to by the ocean. She had lived a full life and loved every minute of it; well, most of it. The regrets her soul harbored were few and far between, and that was a good thing. What was life without a few mistakes and regrets to learn from anyway? She had learned over the years that heartaches were growing moments, and mistakes were lessons never to be forgotten. More importantly, destiny made sure that she understood that love and loss were integral parts of her being, not unwanted stumbling blocks.

Every man, or woman, who had entered her life and slept in her bed had been there for a reason. Be it blind love or the folly of youth, perhaps she did not understand it then, but in retrospect, without the passion and the tears she would never had made it this far. The gentle ocean breeze ruffled her thin silver hair into a beautiful mess, her kaftan billowing gloriously in all directions and exposing the sickly, protruding ribs, but Marianne didn’t care. Her feet were bare, allowing her toes to reconnect with the sand in the most intimate manner, feeling it caress the skin sensually, grounding her in the moment. Being at the ocean was always a healing process.

It was her fourth husband’s birthday today, and he would have turned 90 alongside her if his heart had been stronger. She gazed down at the tin box she had brought along that contained all of Johann’s Goodbye Letters. He never wrote her love letters while they were together, firmly believing that their presence at the breakfast table every morning was in itself a love letter, an affirmation of who they were to each other. Instead, he secretly wrote her a one farewell letter a week and hid them under the bed, knowing that he would die before her and she would need comforting from beyond.

Theirs was a mature love, finding each other late in life, and of all places, at the nursing home where they had both been abandoned by their respective children. Not one of Marianne’s six children had offered to take her into their homes after her third husband had died and left her with a pile of debts in several countries. Just as well that her accountant was an old friend and former lover who still cared for her. Once the final payment was made to the very last creditor, Marianne withdrew all her jewelry from the safety deposit box, dissolved her Swiss bank accounts, and pulled out an atlas at the library. She stared blankly at the open pages, eager to say Adieu to everyone around her and simply become a recluse. A wealthy recluse.

She had enough money to start over and reinvent herself if she wanted and as when the storm passed. Or she could give it all away to her favorite charity. She chuckled at the thought of imitating one of her most eccentric friends in Paris who had left his entire fortune to his 12 grumpy cats and put his lawyer in charge of the cats and their estate. Then again, she could follow her heart’s desire and buy a boat to sail around the world, having a lover at every port to make her feel safe for a short while, not caring whether they spoke the same language or not.

In the end, After The Winds had ravaged her grieving heart, she chose the best nursing home money could buy in Austria and settled there. She had a granddaughter in Florence she could visit, a grandson in Hamburg she could party with if she felt the need, and an old boyfriend in just about every major city between Rome and Madrid. None of that mattered the moment she crashed unceremoniously into Johann’s electric wheelchair and spilled coffee, honey and yoghurt all over him. Mortified, she jumped back and apologized profusely while trying to wipe the liquids off the controls before she ended up electrocuting the man. He stretched out his hands and placed them gently on her shoulders.

“You are the most beautiful accident to ever happen to me, please don’t waste time cleaning up the mess, the staff can do that ten times better than you, but what they cannot do is look into my soul with those lavender eyes.”

“Oh… in what language should I look at you with?”

Johann grinned and replied “With the most wicked one your mind can come up with, and the most gentle one that your lips will speak.”

Grinning broadly, she straightened her back, smoothed her skirt back into place, and flicked off some of the croissants that had landed on his lap, “In that case, we shall go All The Way and use German for breakfast, English for lunch, Greek for dinner, Italian in bed, Russian at tea, and French in the stall. Spanish only when I’m driving.”

He threw back his head in laughter, wishing desperately he still had legs to walk. “My dear woman, you left out Dutch, Danish, and a host of other Eastern European languages, dead or alive.”

“Those depend entirely on the position and circumstance, sir. My name is Marianne, by the way.”

“I know. I felt you walk into my soul the moment you arrived.”