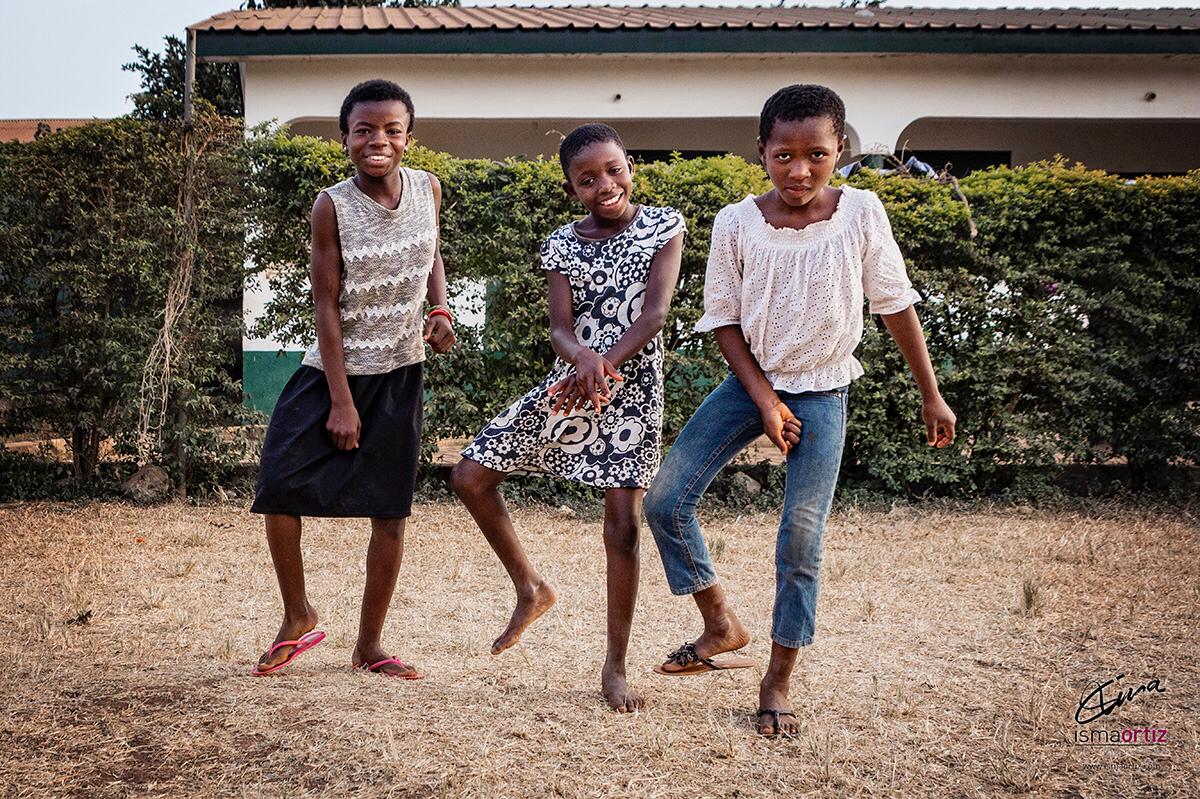 Isma Ortiz has been a freelance photographer for the past 25 years. Based in Madrid and specialising in documentary photography, Isma’s cross-border non-profit work covers Spain and other countries around the globe, both on private initiative or as part of a collaborative team. A graphic designer and visual storyteller by heart, his interplay of light, shadow, colour and emotion, take you on a soulful journey. Click HERE for Isma’s portfolio.

The little Cesna landed as smoothly as possible on the bumpy improvised landing strip. Quickly scanning the vegetable fields he had basically landed in, Simon was glad he had been able to renew his pilot’s license recently, thus giving him greater freedom of movement. Being assigned in Africa for so long allowed him the flexibility to pursue other interests which would otherwise be impossible to finance, or would have been overshadowed by the pull of the metropolitan lifestyle, which offered far too many alternatives. Out here in rural Ghana, the call was to commune with nature, celebrate the vibrant environment, and be constantly amazed by the wildlife that the western world only came in contact with in zoos. Even the people he met during his travels or work were a source of wonder, having stories that would fill book after book, rich in experience and abundant in a simplicity of life that had long since disappeared in the corporate worlds.

As he switched off the engine and opened the door, the oppressive heat felt like a slap in the face. For the briefest of moments Simon considered retreating into the the cockpit and turning the air conditioning back on, but the sight of the children running towards him, their smiles as bright as the scorching sunlight, banished all thoughts in that regard. Reaching for his travel bag in the passenger’s seat, he patted the side pocket to make sure his three mobile phones and the satellite phone were still in there. One could never be too cautious, he thought sadly. Turning around, he grinned at the welcome part of 18 young people who had magically emerged from the fields, all aged between five and 25, full of joy and the ability to break out in song and dance at at give time, for any reason. How often had he worked side-by-side with their parents and grandparents among the rows of cabbages and string beans, when out of the blues some one would suddenly stop working, start clapping their hands rhythmically and start singing, with the others joining in within a matter of seconds. Come Dance With Me was a phrase he never heard among these wonderful families, because music and dance were such an intrinsic form of expression that merited no invitation. It just happened.

The children knew that Simon never arrived empty-handed, and some of the older ones who knew the routine, proceeded to open the luggage compartment of the small plane and unload the boxes and sacks that had been placed by the staff in Accra. It was the usual assortment of food, toiletries, medicine, books, clothes, fertilisers, and whatever spare parts had been ordered for the farm machinery. He also brought the mail, and special treats for the local staff, usually by way of cloth, threads, kitchenware, and candy. Nobody every turned down candy, not even the toothless old grandmother who was probably as old as the hills. She would always claim her share, politely standing in line with everybody else.

He heard Mary’s voice before he saw her. She was barking out orders in her usual style, left, right and centre to at least six rather befuddled farmhands who seemed to get more and more confused the longer she spoke. “Mary give them a break! They can’t take anymore of your berating. Let them do their work and if they mess it up then we teach them again until they get it right. Sustainability, remember? That is our goal, not perfection.”

“You are right, as always, Simon. I’m sorry, I just get so frustrated when it takes them ten times as long to get something done when I could do it in five minutes.”

“Yes, but they know the land better than you do, and we have to respect that. We are here to help in community development, not re-invent farming. For most of them, our methods seem like witchcraft, and accepting us, even you, a local, is a Leap of Faith. The younger generation is eager to learn and know more about the world beyond the fields, not hungry for food but information and knowledge.”

“If only they knew the truth… “

“Stop right there, Mary, stop before you say another word. You and I know we have far too much riding on this and it is not just our jobs but our lives on the line here. I honestly don’t know how much longer I can keep this up.”

“Has your friend in Myanmar called?”

“Myint Thein is not my friend, never was and never will be. He is a mercenary who sells his soul to the highest bidder and is not to be trusted even for a second.”

“And yet our lives depend on him… “

“If we want this mission and project to succeed, we have no other choice Mary. I hate it as much as you do, but he is a powerful man, and has the resources to make anything happen.”

“But Simon, how are we even going to be able to produce the organs they demand? Look around you, we have done everything we were paid to do, and created healthy villages with disease-free children for organ harvesting. Their Innocence Embraced our good intentions here, to teach them all about farming, provide an education away from the regular schools, I manage to alter the books and underreport the actual number of children we have here so we can protect as many as we can, but remember what happened last month. For every child we bring here, there are hundreds that disappear elsewhere that we cannot trace.”

“I know, I know, and I am struggling with being a double agent all the time. I can’t look the parents in the eyes anymore and tell them their children are safe here. You and I know that Myint Thein has spies everywhere, and he isn’t even the main man. He is just another foot soldier in a huge worldwide network that is making millions from illegal organ trafficking. He has set up villages like these all over the world, India, the Philippines, Vietnam, Moldova, Argentina, Brazil, Russia, and who knows where else. So if we can bring even a fraction of his operation down, I am willing to risk my life.”

“And I mine, Simon, you know that. But I am terrified. Also because I fear our sanctuary has been infiltrated. I can’t pinpoint the traitor yet, but someone is on to us.”